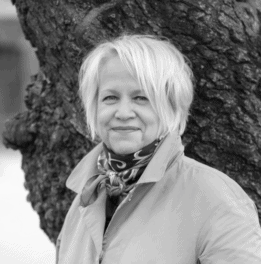 Tiina Merisalo was appointed as the Director General of the Finnish Heritage Agency in April 2020.

She is Master of Arts in Art history, History and Ethnology from Helsinki University and has expanded her leadership and management skills with Executive MBA -degree from Aalto University Executive Education 2015 and other leadership programs including Nordic Museum Management Program in Denmark. Previously she led Helsinki City Museum 2003 – 2020 and has 30 years of versatile museum experience and expertise especially in cultural environment and built heritage research and protection in the city museums of Hanko, Espoo and Helsinki. During her time as the director Helsinki City Museum went through major changes and grew to become one of the most visited and successful museums in Finland. The museum received several awards including The Finnish Museum of the Year Award 2017, Museums and Heritage International Award 2017 and the Special Commendation in European Museum of the Year Award (EMYA) 2018. The museum during her leadership has been in the vanguard of Finnish museums in opening and making accessible the museum’s vast photo collections as open data and user-friendly services.