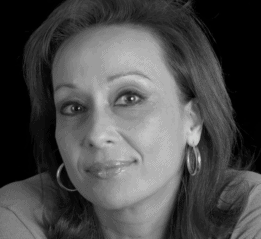 Born in 1957, Polyxeni Adam-Veleni graduated in archaeology and theater studies.

From 1979 to 2003, she curates the Ephorate of Edessa and Thessaloniki Antiques. She then becomes deputy Director of the Speleology Ephorate for Northern Greece in 2006 and deputy Director for the Pieria Antiquities in 2014. In the meantime, Ms. Adam-Veleni was appointed Director of the Thessaloniki Archaeological Museum (2006-2017), before being nominated Director of the City Antiquities in 2018 and then finally General Director for Antiquities and Cultural Heritage at national level, a position she also reached in 2018. She participated to a great amount of meaningful excavations in northern Greece, especially in Thessaloniki where she continues to supervise the construction of the new subway and its impact on the conservation and understanding of the antique city. Ms. Adam-Veleni also coordinated a great number of exhibitions, conferences and publications around the world, all dedicated to Greek Antiquity and archaeology. Between 2006 and 2015, she was also invited to teach in a lot of prestigious universities at international level, either as appointed professor or guest speaker. She now continues to teach in Greece and Macedonia.